When you walk through the fog, it’s hard to see in front of you, hard to tell if you need to go right or left. It’s a sort of blindness.  You reach out hoping to grab onto something or someone that can help so you don’t fall, and sometimes when it clears, you see just what you held on to, and you wish you never grabbed on at all…

Online dating can often put the blinders on you and you have no idea who is really on the other end of that profile…if you ask me, I’m ready to be done walking through it.

This whole online dating thing has been going on for only a week, and I’m already bored with it. I already shut out a lot of my matches except for about 5 guys..who do I think I am? It’s all starting to make me feel like a mean girl but how am I supposed to get a real feel for their personalities over a few written words? I’m all about keeping things fun. It may just be time to switch things up…Time to step out of the fog to a clearer playing field. 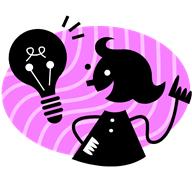 In case you are wondering, a vlog is a blog about your vagina….

…Now pick your jaw up from the ground, it’s not really. It’s just a video blog. I guess it could be about your vagina but I will NOT be doing one for mine.

Not just a typical vlog though. I of course could offer some dating tips, but what if I had an area where potential dates could submit video shorts of themselves to me privately??

I came up with the idea because I may just be missing some incredible potential from these guys online just because their pictures look off, or they seem boring when in fact, they aren’t.  The fog of monotony is thick in these parts! Whether it be that guys are writing all the same things or that the dating site itself only offers a few options, it’s hard to make heads or tails of anything when everyone is starting to have the same answers.

I also feel like there is a lot of wasted time wondering some of the basics such as:

I believe checking out a short video would help get those little things out of the way and give a clearer idea of whether or not you want to go out with them!

Ever given a guy your number hoping they sound like a man on the phone but hear otherwise when they call you? Then you feel like a bitch because you don’t call them back?  Ever meet someone and think “My lord,they look NOTHING like their photos” Well by the time you meet them, it’s too late! Now you’re stuck! Video would help you to avoid some of that.

I am not an anonymous blogger.  I see many that are and believe they all just may be smarter than I am because a blog post may one day come back to bite me in the ass. I don’t care though…I don’t have any reason to hide what I write about from anyone…but I can’t help but wonder…Is there a risk I  may be overlooking  by doing a vlog?

Not even giving a chance to get to know someone because his pictures aren’t that great when he may just be attractive in person is starting to wear on me already.  I almost cringe to close them out.  I just feel bad.  I know I said I would treat this like a business but I have to keep in mind that these guys are human, and I have to admit,  I don’t like doing it.  Contrary to what you may have heard, there is not ice cold water running through my veins.  I have a heart.

Seeing a video from a guy may not completely change my mind about going out with him but it might help. It might help him decide about me as well.

I guess I would need to figure out a way to keep it all private so those who submit videos to me won’t have to be worried I’ll post their videos publicly.

I know I’m no celebrity or anything to expect a ton of guys to respond to me. That’s ok, it would just be an experiment…now to just hammer out all of the details.

I really have no idea how this would turn out.

All I know is, I always go against the grain so why should dating be any different? Why not make it fun?!

If I’m willing to put myself out there to keep this dating thing fun, why wouldn’t they?

← Back At It Again!
EHarmony FAIL MAIL Of The Day →

6 comments for “A Vlog To Clear The Dating Fog?”